Method of application and consumption rates

* Application on easy (slabogumusny) soils is recommended to reduce norm to 3,0-3,5 l/hectare.

• Has high efficiency against annual cereals and a number of the major two-submultiple weeds.

• Has a wide window of application on crops of corn – from crops to 5 leaves.

• Medicine possesses exclusively soft action on cultural plants – there is no need for addition to antidote medicine.

• Does not demand preparation of tank mixes.

• Does not influence the subsequent cultures in a crop rotation – herbicide completely decays during vegetation.

• Increases productivity due to the best protection and reduction of phytotoxicity in comparison with other medicines.

• Reference medicine for control of weeds on crops of sunflower and corn!

Active ingredient – terbutilazin – is system, belongs to the chemical class of triazine. Terbutilazin is absorbed by roots of the sprouting or already sprouted weeds, further blocks transport of electrons in cages (breaks photosynthesis process) that leads to death of a plant. During a drought terbutilazin forms steadier protective film, than other active ingredients. Active ingredient – a propizokhlor – system, belongs to the chemical class of hloratsetamid. Propizokhlor is absorbed by roots and the sprouting sprouts of weeds, suppresses cell fission by blocking of synthesis of protein at sensitive plants. Influence of these two active ingredients on weeds is irreversible.

The best method of application – right after crops, before emergence of shoots of culture. Optimum conditions – loss of a rain or irrigation after spraying (10-15 mm). The soil has to be melkokomkovaty – large lumps and a large number of the vegetable remains increase the area of absorption of medicine and reduce efficiency of introduction. At application on a ladder of weeds an optimum phase at annual cereals – the first couple of leaves, in two-submultiple – a phase a cotyledon. Not to allow development of cereal and two-submultiple weeds into a phase more than 2 real leaves. The obligatory requirement is providing a continuous covering of the area during introduction of medicine. After introduction medicine creates the screen in a soil blanket that allows to control the weeds sprouting within 6-8 weeks. 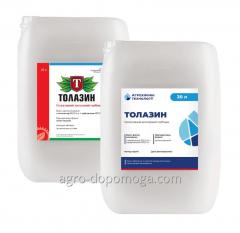 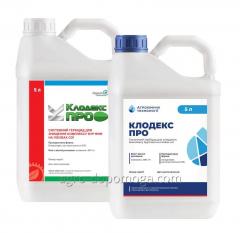 Herbicide of Klodeks of Missile defense, KE
In stock
427.08 UAH 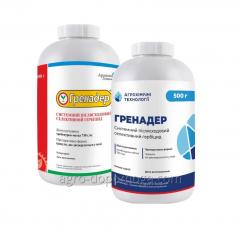 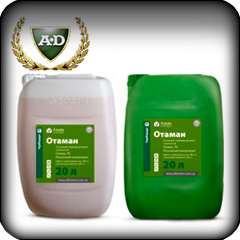 Herbicide Oscar Premium in other languages